Progressive Web App: the next stage in customer experience revolution 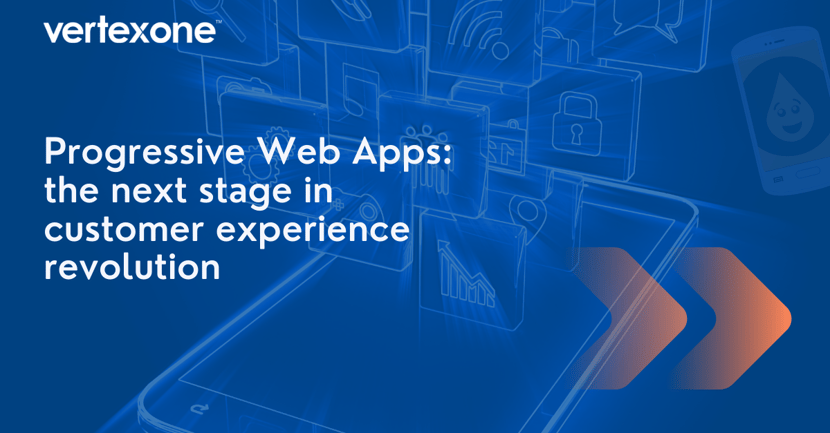 You’ve likely heard the phrase, “change is the only constant in life.” And it’s true. Throughout history, human evolution has been key to our survival as is innovation to our prosperity. Invention boomed during the first industrial revolution and the second. Then, the third phase, the Digital Revolution, gave birth to the internet, which forever transformed the processing and sharing of information.

The Evolution of Web Development

1970’s: Clunky and difficult to use personal computers were developed.

1989: The world wide web was invented for automated information sharing.

1999: The first version of mobile specific web browser connected our phones to the World Wide Web.

2008: Google Play and the App store were released. At the time, slow phone internet speed and expensive data use charges allowed companies to capitalize on Native App development. Because there was no easy way to create an app that could work across Android, Apple, Windows, and/or other operating systems, specialization was required. Developers had to write multiple code for the same app to run across different types of devices. Unfortunately, this like previous methods also came with pricey development costs.

Naturally, developers adapted and debuted Responsive Web Design (RWD) to resolve the need for multiple codes. Over the past decade, web app development further evolved in pursuit of reducing the gap between web and native app development while simultaneously improving the customer experience. And so, Hybrid App development came into the picture.

As web development matures, PWAs elevate the customer experience into the future by maintaining the engaging and user-friendly native app experience, but with less development and maintenance headaches for utilities as well as instant access to platform enhancements.

Native Apps may have had a leg up over PWAs due to timing, but PWAs have quickly taken the lead as best practice. For example, Apple will soon roll out new features to PWAs such as dark mode, authentication methods (including Face ID), application previews and more. Google has already introduced new features such as immersive full-screen experiences, shortcut actions and graceful permission handling. PWA’s are becoming the default future for utility self-service apps.

VertexOne has been building both native and progressive web apps for customer self-service since 2014—before most utility companies even realized the importance of self-service apps. As an industry pioneer, we currently provide mobile solutions to roughly 15 million customers across North America. Though we create both types of apps, it’s clear why most of our utility partners opt for PWAs. The time and money saved along with expanded and robust capabilities make it a no-brainer for those wanting to build a more future-forward utility. PWAs is where innovation meets essential services.

Download this infographic for more information on how PWAs might just be the more modern and better option for your customer self-service app. We encourage you to share it with your utility customer service team.

How to Improve Utility Customer Satisfaction Ratings with Self-Service Capabilities

For Lee County Utilities, Customer Self Service Means Happier Customers Both On and Offline